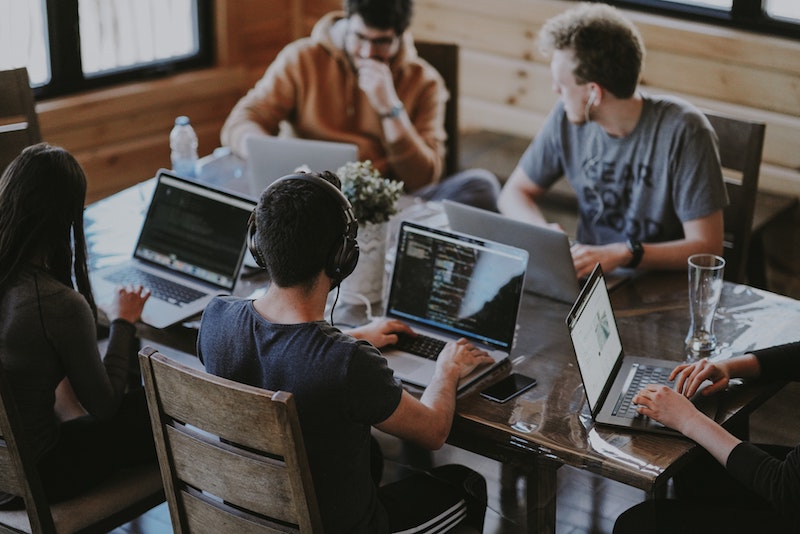 “Tech hub” is a term that has been around since the mid-1990s, but I’ve been hearing a lot about Wisconsin cities trying to be considered tech hubs for the last four or five years. Every city wants to be one, and the Brookings Institution recently went as far as to propose that the federal government should pump about $70 billion over the course of 10 years into direct funding for research and workforce development in order to deliberately create more tech hubs.

And Madison was on the top of their shortlist.

This was, of course, published more than a month before the federal government announced it would pump $2 trillion into a Hail Mary attempt to keep everything in our economy exactly the way that it was before the coronavirus pandemic hit.

In any case, Milwaukee isn’t waiting around for the government to wave a magic wand and turn it into a tech hub. Six of the city’s largest companies in health care, manufacturing, financial services and retail recently collaborated to sponsor the MKE Tech Hub Coalition, which aims to turn Milwaukee into a tech hub by doubling the number of Milwaukee technology workers by 2025.

If Milwaukee achieves this goal, it will undoubtedly bring a lot of new wealth and prosperity into the city. But for whom? Will everyone in the city have equitable access to that new wealth? Will women entrepreneurs have the same access to the newly available venture capital that men will? Will it help eradicate the racial wealth gap in Milwaukee? Or how about the alarming 12-year life expectancy gap between Milwaukee’s poorest and richest zip codes?

For years, we’ve been asked to take it on faith that more highly paid tech jobs make life better for everyone. The whole “a rising tide lifts all boats” thing.

I don’t know if it’s the hypocrisy of a government that thinks it’s unfair and unnecessary to guarantee basic services to its people during a pandemic, but completely essential to bail out airlines who spent all of their emergency funds on stock buybacks to enrich their owners, but I’m not falling for that argument anymore.

Let’s be clear: having a high concentration of technology workers in a city is zero indication of whether your city has an inclusive entrepreneurial ecosystem.

And in many cases, having a high concentration of tech jobs is a huge indicator that your city also has unfathomable levels of disparity in income, wealth, standards of living, and even life expectancy.

The nation’s 8 leading tech hubs — defined as the cities with the highest concentration of tech jobs — are also among the top 10 metro areas for economic inequality. And that is no accident. In a report shared in December of 2019, New York Times reporters Emily Badger and Kevin Quealy matched the growth in high paying jobs for engineers, lawyers and innovators with rising inequality. In today’s economy, “inequality and economic growth now go hand in hand,” they write.

When your goal is to create a new tech hub, you measure success by a noticeably different set of metrics than when you’re working to create an inclusive and equitable entrepreneurial ecosystem. Progress toward tech hub status is measured by the number of new high-paying jobs that come into a city, with no regard for equitable access to those jobs. Sure, there can be lip service offered to the goal of expanding opportunities for women and people of color, but if a city brings in 50,000 new tech jobs that get filled overwhelmingly by white and Asian men (the current status quo of most tech hubs), the media and the corporate sponsors will still call it a huge success.

I would not call that a success. In the work that we do at Doyenne and that many other ecosystem builders are doing around the country, we measure success based on metrics that are inherently inclusive. We ask whether we are growing both the number and the percentage of women and minority entrepreneurs who gain funding, develop leadership skills, and get connected with a community that recognizes and honors their brilliance.

This is a fundamentally different exercise than developing a tech hub, and it has the capacity to have a completely different impact on the distribution of wealth and power in an economy.

Even as the popularity of tech hubs rises, we are getting more evidence every year that proves that tech companies on their own do nothing to solve the problems we aim to solve by building an inclusive ecosystem. They do nothing to redistribute power away from corporations to workers, close racial wealth gaps, gender earning gaps, etc., and in many cases they actively exacerbate those problems:

Here are five reasons why tech hubs won’t save us:

For anyone who still thinks the gender pay gap just reflects women’s reluctance to enter high-paying fields, I’ll direct you to the latest research. Studies are confirming what women have been screaming from the rooftops for decades: women get lower offers than men for the exact same tech jobs. The gap is currently at 3% on average, according to Hired.com. Just getting women into STEM careers does not solve the gender pay gap.

Getting a high-paying job is only one-fourth of the equation to solve gender and racial economic inequality.

In addition to having equal access to the highest paying industries and positions in those industries, there are three categories of benefits that are proven to be necessary in order to eliminate racial and gender wealth inequities: 1) access to affordable, high-quality child care; 2) debt-free access to higher education, and 3) guaranteed comprehensive, expanded paid family leave for various types of employment, according to a report by the Asset Funders Network. If you see a large corporation sponsoring tech hub initiatives in the name of bringing economic prosperity “to all,” but you also see those corporations failing to provide these benefits to their employees or advocate for laws that require all employers to provide them, then you can conclude that they are most interested in providing economic prosperity for their shareholders by enhancing their talent pool.

Companies offer good benefits when local laws require them to.

Tech companies are often celebrated for the great benefits they provide, which sometimes include those I mentioned above. Proponents of tech hubs hope that increasing the number of tech jobs would raise the standard of benefits across the city. But one thing that’s typically left out of those discussions is the role that local legislation in the cities and states where tech companies are most often located has played in forcing the hand of those tech companies. The state of California and the city of San Francisco have both recently expanded paid and unpaid family leave laws, requiring the biggest names in tech to step up their benefits. Without getting those same (or better, ideally) laws passed in Wisconsin, there’s no guarantee that getting more tech jobs will mean women have access to more of the benefits that are proven to make the biggest difference in gender and racial equity.

Intrapreneurship is not the same as entrepreneurship.

When big established corporations launch programs or funds to spur entrepreneurship, they tend to focus on companies that can solve real problems they’re experiencing. Maybe they launch a venture fund focused on incubating tech startups in their industry. As the first investor in a startup, they’re positioned to become their first customer, and they can make sure the startup tailors the solution to their problems. Once the solution is viable, these corporations-turned-venture-capitalists often buy up the startups and bring the innovative new technology in-house so their competitors can’t access it.

Another common tactic is the reverse pitch event. In a reverse pitch, a company presents challenges they face, and then entrepreneurs in the audience race to offer solutions. And while this might be a brilliant way to help a legacy company adapt and innovate, it’s fundamentally different from helping entrepreneurs identify a broad need across a niche, develop a viable solution, and grow their leadership skills in order to handle the many challenges of entrepreneurship.

I worry that when corporations are too closely involved in a budding entrepreneurial scene, they will use it as an opportunity to extract the best talent out of the community, and in the process, squelch the competition and reinforce their market power.

Building a product is not the same as building a business.

To the extent that tech hubs focus on innovation, they tend to focus much more on inventions, instead of building businesses. What’s the difference? An invention is a product, but a venture is a viable competitor and challenger to the dominance of existing players.

An invention can bring a huge payout for the inventor when they sell it to an existing dominant player, but the new impact on the community stops there. A business becomes a competitor in the labor market and in the supply chain. That competition is necessary to balance the power between employers and employees, buyers and sellers. A successful venture can force other players in the community to step up their game on benefits, fair buying practices, etc.

When a large company buys up a startup in order to acquire their talent, their customers, or their inventions (patented or not), the already rich company gets richer. When a venture is nurtured to the point that it matures and becomes a force for legacy companies to reckon with, it has the capacity to enrich the community, decrease concentration of wealth, and combat the profiteering behavior of the established players.

I want to leave you with two more things to consider:

First, notice how much more money the entrenched corporate interests in a city are willing to devote to growing the tech workforce than they are to making entrepreneurship more accessible. A truly inclusive entrepreneurial ecosystem directly threatens the dominance of established corporate giants, and they know it.

Second, the Brookings report literally tries to reverse-engineer the success of Silicon Valley and Raleigh-Durham and New York and the other tech hubs to figure out the recipe for replicating those economies in other cities.

They look at things like the amount of federal funding for research in those cities, proposing that the government work to match that funding in the new hubs. In all of the factors they look at, they never consider how to prevent the extreme wealth inequality that comes with this style of economic growth. Simply because these cities have been incredibly successful at enriching a small percentage of the population, they are seen as models to emulate. We’re asked to once again believe that a thriving tech sector will be a catalyst for the rest of the economy and bring more prosperity to all.

Are we done falling for that yet? 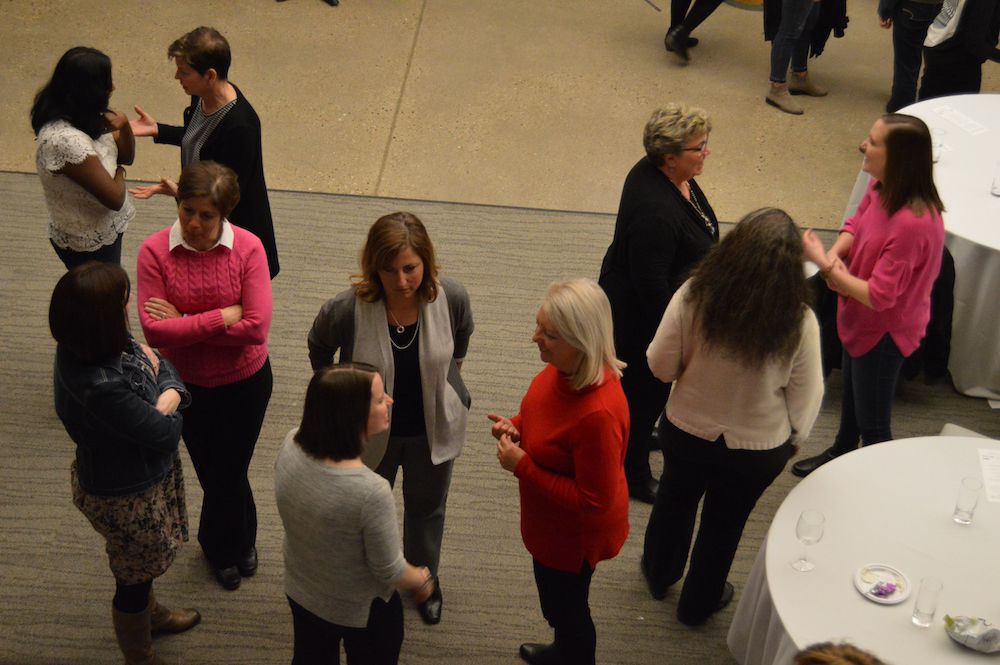