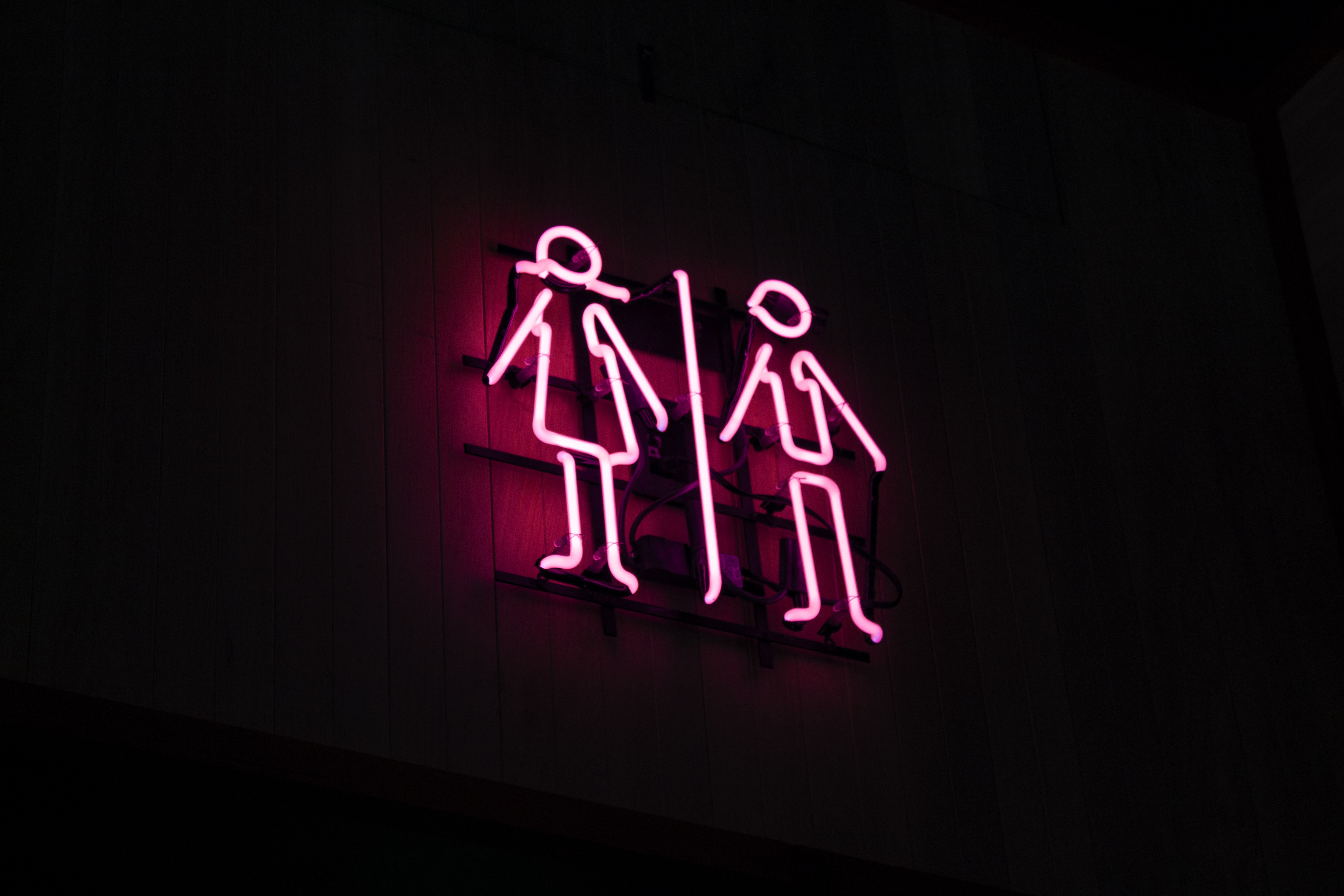 A tale of two fundraising efforts: VCs reveal their biases through their investments in women-focused ventures

Last month, news broke that Backstage Capital — the venture capital firm that believes diversity is a competitive advantage — was unable to meet its fundraising goals after almost a year of trying. That was a year in which founder Arlan Hamilton seemed to be everywhere (a keynote interviewee at SXSW, the subject of a season-long feature from Gimlet’s podcast Startup, on the cover of Fast Company).

Given Hamilton’s sudden rise to fame, it’s not surprising that several tech and entrepreneurship media outlets pounced on this story, with headlines declaring that the fund had “fallen through” and that Hamilton was laying off workers and heading off on a speaking tour.

It was a typical media reaction. When we, as a society, recognize that something is missing in the ecosystem, and then we find someone trying to provide it, we over hype their efforts. If they fail or even just misstep, that early coverage comes back and hurts them.

Hamilton faced a very real, very normal moment in the life of an entrepreneur trying to disrupt a deeply entrenched status quo: Plan A wasn’t working, so she had to pivot in order to keep chasing her dream.

What struck me about this story was how it was a clear example of the lip-service-only attitude in America’s startup culture when it comes to investing in diverse founders.

Hamilton has invested more than $4 million in more than 100 startups led by underrepresented founders in just three years. The media coverage of her over the last year proves that everyone applauds what she’s trying to do, but when it comes time to put your money where your mouth is, the room clears out.

Let’s put these numbers in context.

To go from raising $5 million (Hamilton’s first fundraising round, which closed in 2017), to raising 7 times that much, is a huge, audacious endeavor, especially when female-founded startups received only 2.3% of the total capital invested in venture-backed startups in the U.S. in 2018, according to PitchBook.

But it’s also just a tiny drop in the bucket compared to the amount of capital available.

When investors believe in an idea, they’re willing to throw mind-boggling amounts of money at it, even if that idea is a device that likely causes cancer.

Obviously, investors don’t believe in what Hamilton is doing.

Hamilton, like Doyenne, is trying to change the startup ecosystem in the U.S. She’s trying to put more money in the hands of underrepresented founders. It’s an uphill battle every step of the way, despite the overall positive media coverage.

But in looking at the noteworthy women-only deals of 2018, I noticed something.

The Wing, a coworking space for all women, not just entrepreneurs, originally founded as a reincarnation of the Women’s Club movement of the 1970s, raised $75 million in December. That fundraising round included big-name investors, startups, and celebrities like Sequoia Capital, Airbnb, and Kerry Washington. Combined with its earlier round of $32M in 2017, the company has raised almost three times as much as Hamilton was trying to raise.

At first glance, this would seem like a sign of hope for women founders. The VC world is changing. There is an appetite for ventures who are looking to change the status quo, building spaces with women in mind.

The Wing is a coworking space that originally launched as a women-only space, but changed its policies to allow men after the last fundraising round. The company has five locations, and intends to use its new funding to expand to more cities around the country, as well as to develop a mobile app to help members stay connected and RSVP to events.

Memberships — at least in the flagship location — cost $215 per month, and give you access to a workspace filled with feminist imagery, conference rooms, a cafe, library, lactation room, beauty room, and showers.

First of all, WTF is a beauty room? Is it a throwback to the double-roomed bathrooms with couches and theatre lighting to show all of the “problems” with our skin and features? Moving on…

Why would so many well-respected investors put real money into something like The Wing? Investing is a business. So investors must expect The Wing to make a lot of money. And I’m sure they will, because women have a long history of spending money on self-improvement efforts that, notably, do little to build wealth or power.

Technically, the Wing’s mission — “the advancement of women through community” — aligns with ours at Doyenne. And it’s hard to argue with the vaguely inspirational concept of empowering women by bringing them together, but at the heart it’s a message about picking yourself up by your bootstraps.

Do we really think that the only thing holding women back from cracking even 10% of VC dollars in a year has been a lack of women-friendly coworking space? The conspicuous absence of beauty rooms in their offices? A yearning for feminist imagery on the conference rooms?

I’m not saying that the bro-centric decor standard in most coworking spaces doesn’t piss me off. Decor is an important part of building an inclusive workplace, and it’s something that all companies, not just co-working spaces, need to be cognizant of. And I’m a fan of feminist images too! Sitting in the conference room at the Doyenne office, I am currently looking at a canvas decorated in uteruses with the phrase “Feminism is not a dirty word” on it.

The Wing is not the only feminist coworking space with its sights on national expansion. The Riveter, a coworking space based in Seattle with the tagline “Built by women for all,” is trying to open 100 spaces around the country by 2022 (it currently has five).

And it aims to do all of that with only a little more than $20 million in funding. Unlike the Wing, The Riveter has never been a women-only space. Amy Nelson, co-founder & chief executive, shared with TechCrunch the reason for this:

“Gender is becoming an outdated idea but at the same time, it’s important to think of women when we build these spaces,” she told TechCrunch. “There is a lot of value to women’s only spaces but our take on it is we want to redefine the future of work for women and we want everyone to be part of it.”

I’m not trying to bash The Wing, I just think their vision reinforces a problematic stereotype about women entrepreneurs: the idea that women are the problem. Women just need to unite instead of tearing each other down, and then they’ll make it to the top!

We know, from decades — centuries? millennia? — of experience, that this is not the case. Separate is never equal. Segregated spaces don’t create change in society. Period. They just allow the people with the power and the resources to stay insulated in their bubbles of privilege, while those without power spend all their energy “uniting” to ration out the scraps.

And as a result, when women do break through in male-dominated spaces — such as when Marissa Meyer took over as CEO of Yahoo, or Ellen Pao sued Kleiner Perkins over gender discrimination — they still face the same barriers of bias and exclusion. The ecosystem is not ready to listen to their stories, because as a society, we’ve been putting our energy into spaces that discourage diversity and limit exposure to new perspectives.

When we as a society elevate projects like The Wing but are unwilling to put real funding behind something like Backstage Capital, we send the message that we want MORE gender-defined silos, not less.

It’s time to change that message. Cheers to Arlan Hamilton, and everyone working to fix our broken startup ecosystem from the inside. Keep up the good fight. 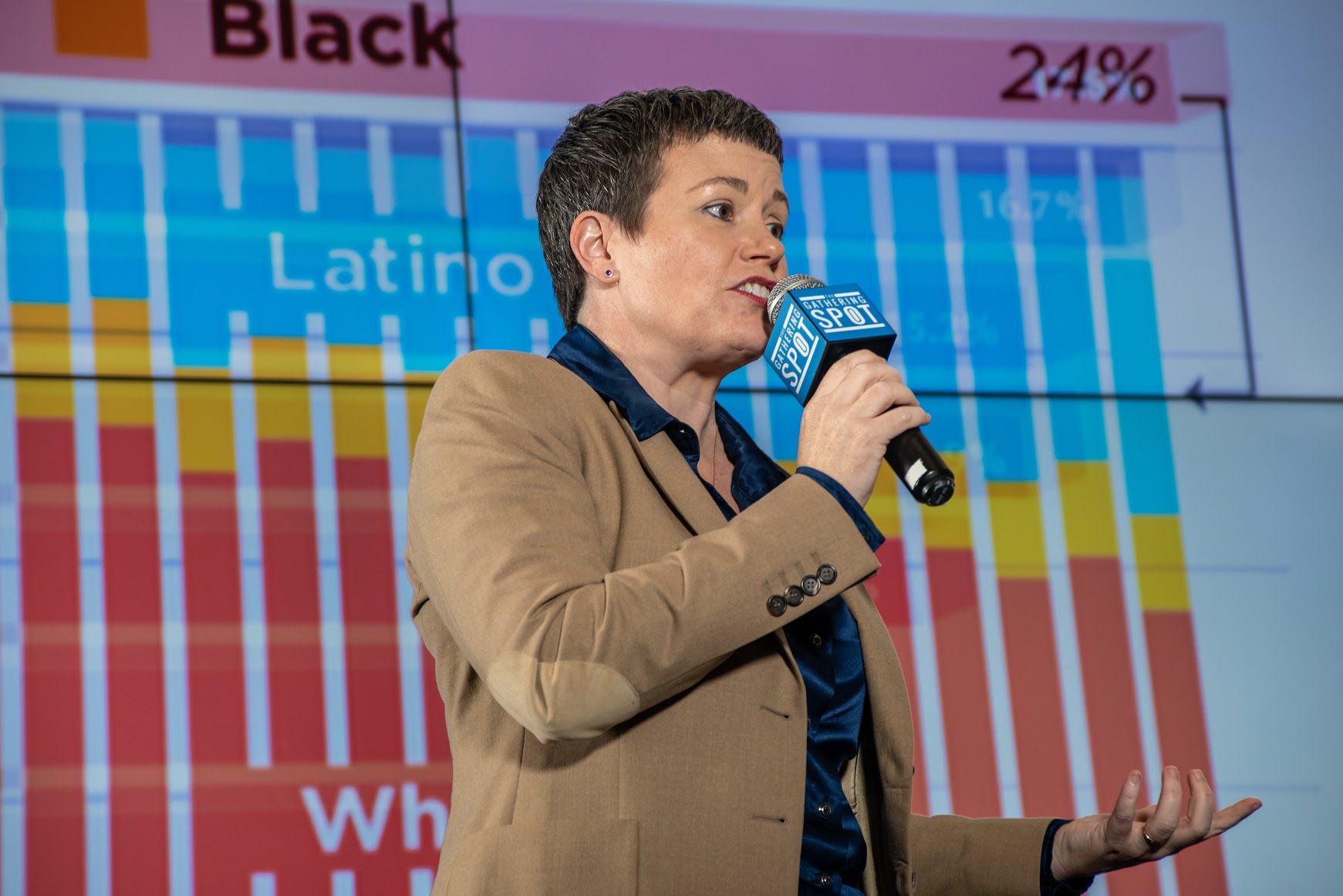