How to advocate for entrepreneurship at the polls

If there’s one thing I’ve learned since the morning of Nov. 9, 2016, it’s that the importance of participating in local politics cannot be overstated.

I had been politically active before that day, but the results of the 2016 election at every level of government catalyzed me to take a more active role in making sure local and state agencies and officials understand the challenges and needs of the entrepreneurs Doyenne serves.

Now that election season is upon us again, I urge you to take a close look at the races on your ballot, especially the local ones, and evaluate candidates on their understanding of the barriers that women and people of color face in entrepreneurship and their willingness to take bold action to eliminate those barriers.

Local elected officials have a lot of influence on the business climate of a city. As cities take a more and more active role in incentivizing economic development and supporting small businesses, particularly in urban areas, county directors, alders, town council members and mayors are gaining more power to influence the types of businesses and business owners that get support.

When you’re caught up in the insanity of trying to run your business, it can be hard to pay attention to the ways local officials can impact your business. Here are two quick examples to make the point, but there are many more.

Doyenne’s Evergreen Fund came about in part through an economic development grant from the City of Madison. The city wanted to get money into the hands of women entrepreneurs, so they put out a request for proposals for organizations who would determine which entrepreneurs to fund. Doyenne applied, and we were eventually selected. But the process was long and hard—it took at least nine months. We had to submit letters of recommendation from more than 50 individuals and organizations, we had to meet individually or have phone calls with alders and city committee members, and organizations like WWBIC, MadREP, and the Latino Chamber showed up to a public hearing and spoke on our behalf.

I’m not disparaging that process. I’m glad the city is thoroughly vetting the organizations it funds. But it’s an example of the importance of having local elected officials who understand the urgency of our mission. We were directly competing with another organization that the city was already familiar with, which had already been entrusted with city funds in past years, and which was making a case that they were more trustworthy than we were. This organization was not led by women, and we believed that if they controlled the distribution that they would have upheld the barriers that women and people of color face in receiving funding and support for their ventures. But if Madison’s leaders had not understood the importance of women leading efforts to support other women, the decision could have gone the other way.

In cities across the country, local elected officials are launching or considering creating similar impact investing funds that aim to foster entrepreneurship among underrepresented groups. It’s crucial that local leaders work to get these funds into the hands of women and people of color in an equitable way, and that they entrust those funds to stewards who are equipped to fill the gaps in the existing ecosystem.

The pandemic—and all of the emergency measures that have come about in response—has also highlighted the importance of local government.

During a crisis, elected officials have to make quick decisions based on their gut instincts and the opinions of those in their personal and business circles. They often don’t have time to gather extensive public input while they formulate a plan. In those moments, it’s especially important to have elected officials who are aligned with your views and who fully understand the needs of women entrepreneurs and entrepreneurs of color, so that their knee-jerk reactions to crises will take those needs into account.

In Wisconsin, lawmakers have not always kept the needs of women and people of color front and center when developing relief programs for small businesses.

One of the first measures passed in Wisconsin was the Small Business 20/20 Program, a $5 million fund, with individual awards capped at $20,000. The fund was distributed to 22 different organizations around the state to award to entrepreneurs.

The problem? The only organizations eligible to distribute the funding were Community Development Financial Institutions, meaning they have to partner with a bank, or be a bank, and follow bank lending policies. And banks have historically served women and people of color poorly—let’s not forget about decades of outright discrimation and refusal of service—and the legacy of that discrimination continues to impact the access women and people of color have to funding through banks. Even if a bank claims to be women-friendly or progressive, banking regulations still create barriers to funding that disproportionately impact women and people of color. This adds insult to injury when people of color are seeing higher rates of death and disease from the pandemic.

Here are a few more thoughts to keep in mind as you evaluate candidates:

Local politicians have a major impact on the entrepreneurial ecosystem and the local economy in general. Since they work on the local level, they are easier to access than politicians at higher levels, and they tend to be more responsive to individual constituents. They have the power to create funding dedicated to removing barriers for underrepresented entrepreneurs, and they have the power to determine who distributes those funds. Of course, that means they also have the power to put up new barriers. It’s important to use your vote to advocate for yourself and your fellow entrepreneurs at the polls, and hold your elected officials accountable.

Please don’t opt out of voting. Don’t let yourself think that politics isn’t your problem, or that politicians don’t care about you.  With every choice we make, we are literally writing history. Whether you choose to vote or choose not to vote, your choice will have repercussions for entrepreneurs for generations to come.

Don’t forget that the economy we live in today, with its opportunities and challenges and barriers to success for women and people of color, was shaped by the politicians we (or the generations before us) cast votes for. 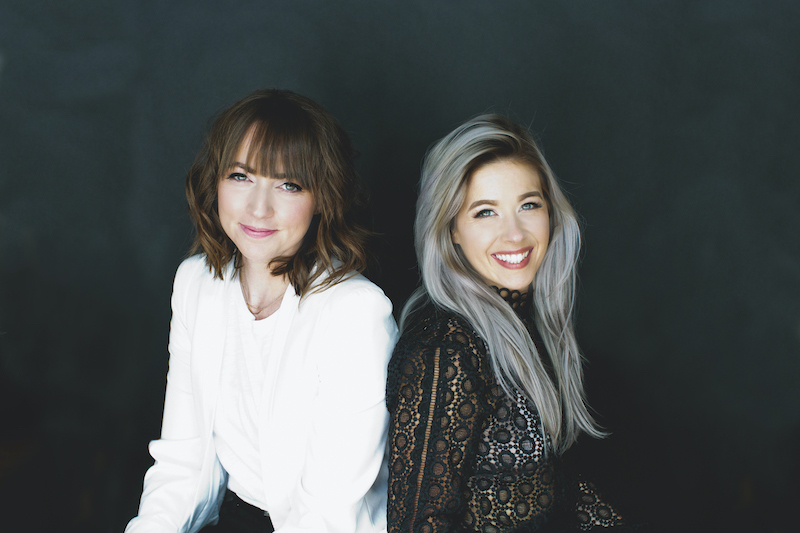 In the Spotlight: Abby Felix Winzenried and Krystle Marks with Lev Apparel