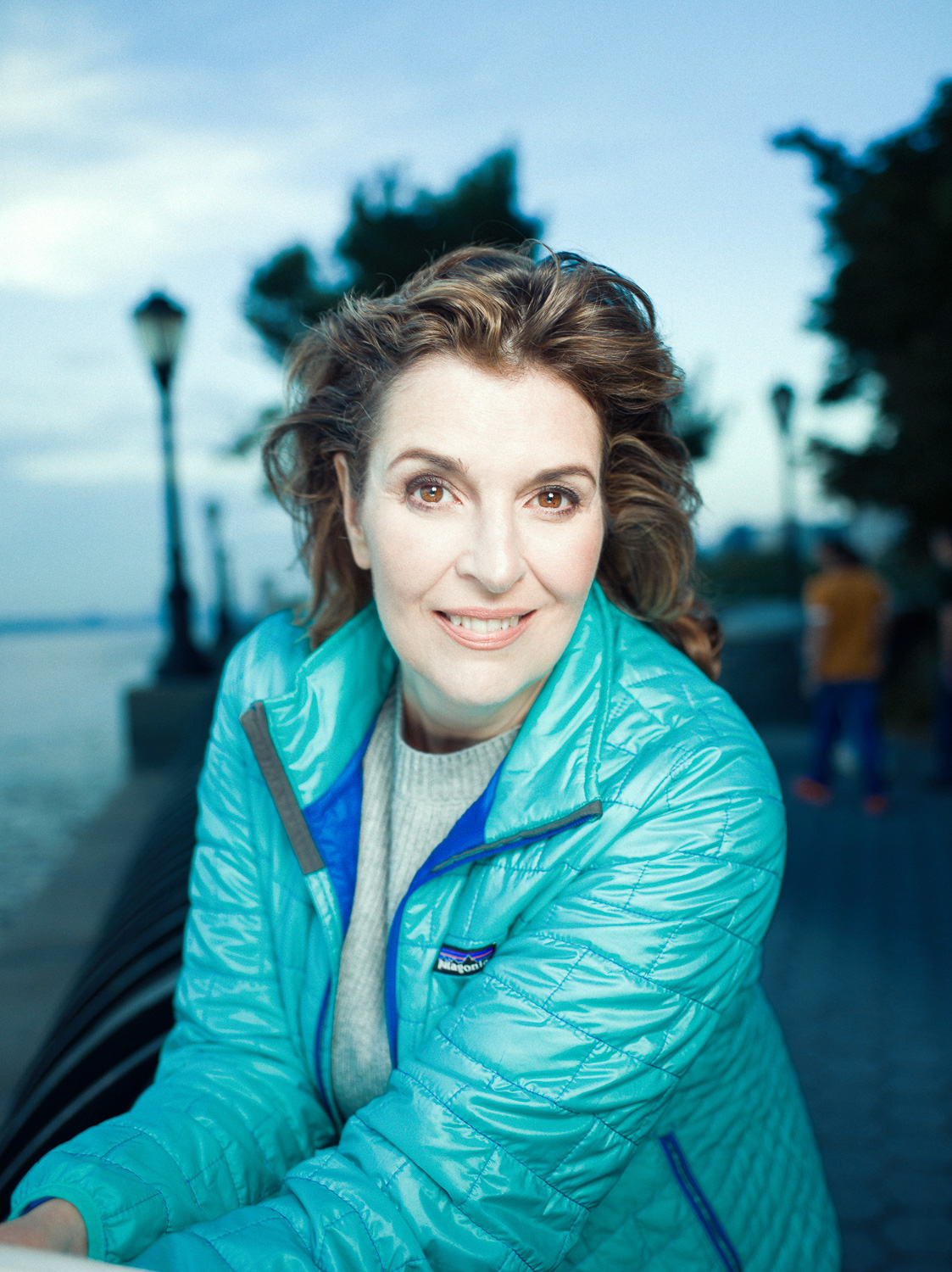 In the Spotlight: Melinda Wittstock, CEO and Founder of Verifeed

Melinda Wittstock has seen way too many women entrepreneurs make the same mistake:

They don’t value themselves highly enough — their time, or their services.

Melinda is a serial entrepreneur and host of the Wings of Inspired Business podcast, as well as creator of the Wings of Success Inner Circle and Summit Series. She has built four businesses, including Verifeed, a social intelligence company for assuring authentic social engagement with ideal customers that she currently leads as CEO.

She’s the first outside expert we’re featuring in Audacity In Action, and we chose her because she’s an advocate for women entrepreneurs and has a unique perspective on entrepreneurship.

Before the interview, I was particularly intrigued by a comment I had heard from Melinda. She said, “Too many women run ‘small businesses’ or nonprofits when they can create an empire!”

I wanted to know what she thought holds women back from building empire-sized businesses. But when she said she sees women making the mistake of not valuing our time, I bristled a bit, because if I have learned one thing from my involvement with Doyenne, it’s that “women aren’t broken, the ecosystem is.”

So I pressed her for more context. What is it about the entrepreneurial ecosystem that makes women devalue their services? What’s out of balance in this whole ecosystem, and what barriers would still exist even if all women did just up their prices by 30%?

Read on for a glimpse of the the lively discussion we had! (This is an edited transcript.)

So you mentioned that most successful women business owners don’t get started until their late 40s — which is very different from the male stereotype of the college-dropout-turned-billionaire.

Right, look at Ellen Latham, co-founder of Orangetheory Fitness. She didn’t even start that until her late 50s. She didn’t understand her own value. But once she did, she went into the really crowded fitness space and disrupted it.

What’s the catalyst for that change? What flip switches to make women finally understand their value?

Sometimes, when devastating things happen in our lives, it’s a wake-up call and we step into our greatness. We say, “Enough, I’m not doing things on anybody else’s terms anymore. I’m just going to be myself.”

You say women often undervalue themselves, but who’s to say men aren’t just overvaluing their services, and getting away with it?

I see this in the venture capital world when women in technology go out and raise money: We’re very realistic with our projections and our prospects. But the VCs are used to dealing with men who show the proverbial ‘hockey stick’ with exaggerated projections. So they assume that whatever you’re saying is MORE than what you are doing. So then they discount your realistic self-assessment.

That’s the worst! But the answer cannot just be for women to act more like dudes, right?

In most of my career I’ve been the only woman in the room. So I was trying to be a dude for a while. It doesn’t work. When I look at the most successful entrepreneurs, either men or women, they tend to have the best archetypal qualities of both genders. You know, the archetypal female qualities of intuition, inclusiveness, community, versus the archetypal male qualities of being the hunter, get the wildebeest, produce, provide.

How do you achieve that balance of traits?

As an entrepreneur you have to double down on your specific strengths and hire your weaknesses. And women do make the mistake of trying to be all things to all people. We confuse having it all with doing it all. To succeed as an entrepreneur, you’re trying to do less, and do less with more. You’re in the business of leverage. If I do this one thing, how much goodness will come from that?

Multi-tasking comes more naturally to women — and just because we can doesn’t mean we have to.

Do you think venture capitalists appropriately value feminine traits along with masculine traits?

I think the VC model is totally broken. Women tend to create businesses that are really sustainable, and tend to continue to exist. A lot of VC-funded male-only businesses tend to flame out. VCs only expect one in 10 investments to succeed and become a unicorn

(a startup valued at $1 billion or more). And they just expect the other nine to fail. The system really doesn’t work for very many.

I think VCs are leaving money on the table because women are coming up with amazing things that VCs don’t understand. So often I hear stories of women who address markets dominated by women, who control much of the spending power in this country, and the VC will say the market is too “niche” or small. Cray cray!

And we know that lack of gender and racial diversity among VCs plays into that. But you also see other barriers to women in the startup ecosystem, right?

Yes — all that said, I still think women make big mistakes when they raise money.

If you ask for too little money, it could be too small for the VC to get the returns they want. Why should they only invest $1M? If you go in and ask for $5M, now we can talk.

Or we ask for the money like it’s a favor to us. But in reality, we’re doing them a favor.

And you coach a lot of women entrepreneurs to help them overcome these mindset issues. What role does mindset play in entrepreneurship?

In my career, I’ve grown four businesses to six, seven, or eight figures. I’ve had lots of failures along the way — lots of chances to question my entrepreneurial ability. Every step of the way, I’ve been confronted with stuff I had to heal inside myself.

Entrepreneurship is the best therapy that you will ever have. If you want to succeed, it makes you confront all these personal barriers.

I can definitely see that, but I also wonder, how do we end up with people like Uber’s Travis Kalanick? Doesn’t look to me like he worked through any of his personal issues.

People like that — they don’t give a crap what anyone thinks of them. That’s an asset — until it’s not. It’s an asset if you have integrity and you’re not a jerk. If you think anything is justified to get ahead, it’s not sustainable. You get found out in the end.

Still, his net worth was more than $5 billion as of last year — so did he really get punished for it?

Our style of doing business is changing. What used to work is not working so much anymore. One of the things I’ve noticed with Verifeed, when we’re looking at conversations on social media, is that the companies that crush it are authentic. And they’re usually conscious capitalism models, like Buy One Give One, or giving a portion of revenue to micro loans to help solve big global problems. Folks with clean supply chains. Diverse boards. Great company culture. These things are all becoming increasingly valuable to society as a whole. That was driven originally by millennials, but everyone is on board now.

That (Travis Kalanick) style of leadership doesn’t work anymore. It drives the value of your business down. Yeah, he grew Uber super fast because he didn’t give a shit. He was prepared to do anything. And it worked for a while, until it didn’t.

Tell me more about Verifeed — you said you feel like you launched the company too early because you were pointing out a problem that no one knew existed. What was that problem?

Any founder has to have a good hypothesis about who their customer is. One of our early clients was convinced they were selling to baby boomers. So we analyzed their value proposition, and then started to monitor social conversations that mentioned those values and attributes, to determine who was wanting what this company was providing.

Guess who they were? Millennial women. A completely different audience than the company thought.

So you help businesses find their true fans on social media, and then engage with them authentically?

Exactly. Social media isn’t different from how you make a friend in real life. You do that by finding something in common with each other. A lot of entrepreneurs go too broad, trying to please everybody. If you can rock the world of 100 people, or even 10, and turn them into avid true fans, then they become your sales people.

It’s like the opposite of growth hacking, which every marketer seems to be obsessed with right now. Of course, no one knows exactly what growth hacking even is, but it seems to be all about building massive followings for your brand. How does that fit in with Verifeed’s premise?

Growth hacking can work if you have a plan so that by the time you’ve growth hacked your way to actually having traction, you can actually keep up. If you trick people into thinking you’re this big company, and then you can’t meet demand, you’ll piss off your customers.

Tech entrepreneurs are renowned for building stuff without the customer in mind. You need to know who your core tribe really is. And everything about them. The best type of growth hacking is, as you’re building your product, you’re getting to know your customers. And you’re enrolling them in the creation of your product.

Flickr is a great example. If you go way back to its launch, Caterina Fake (co-founder) spent all her time making the first 100 people feel super happy. And they became so enthralled that they told all their friends. That is what growth hacking should be. 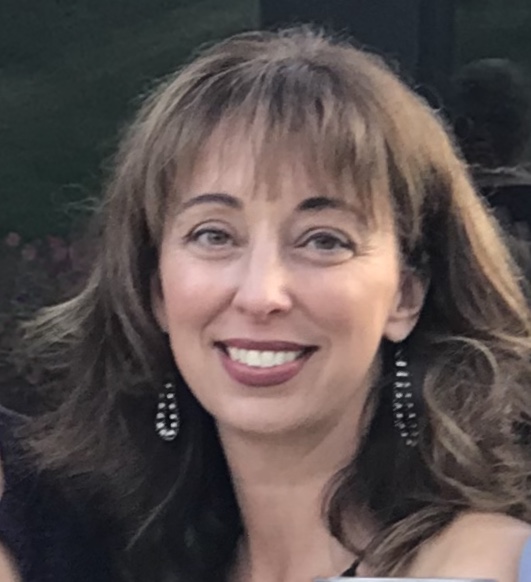 In the Spotlight: Stacy Jax, founder of Trinity Gunshot Alarm