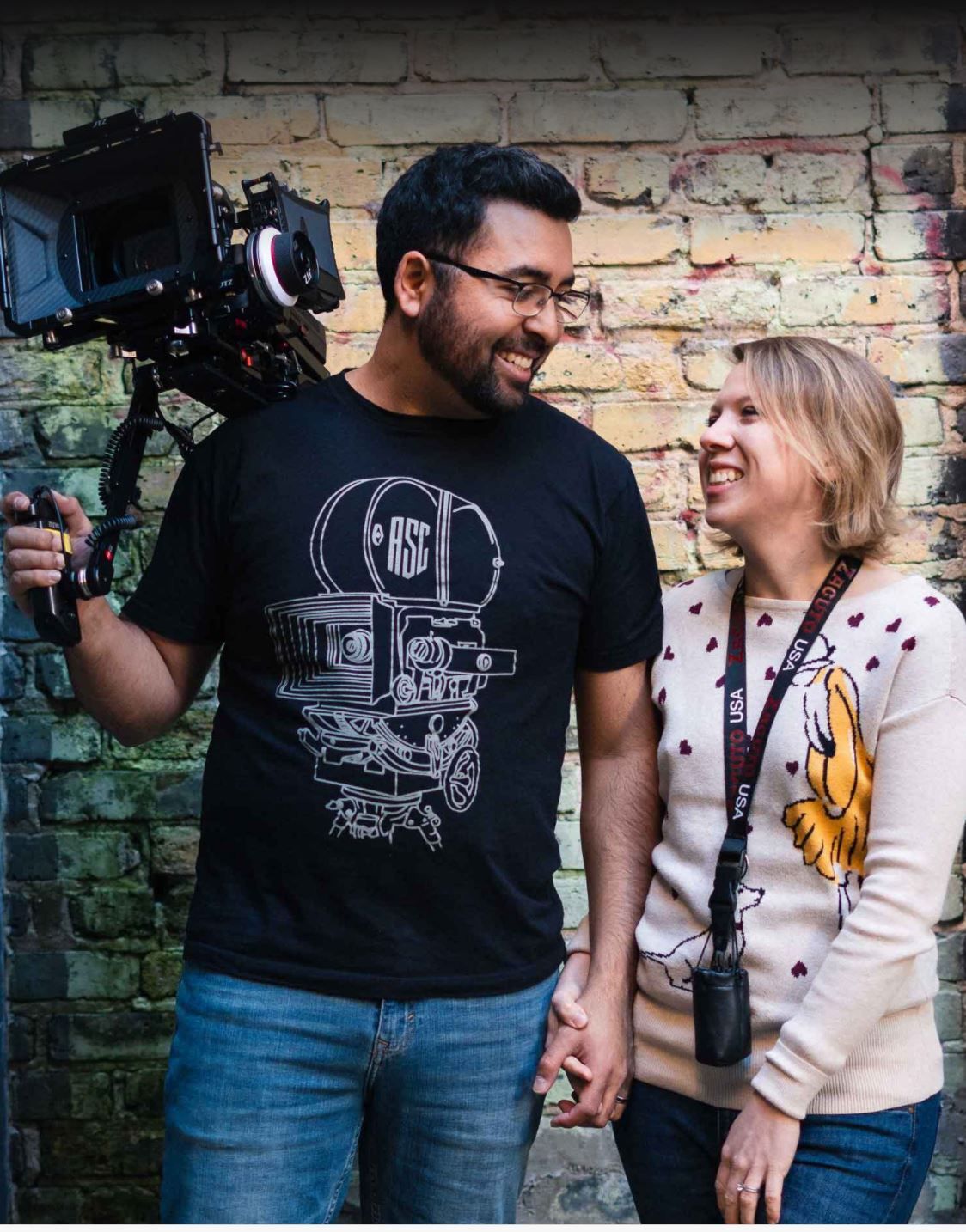 In the Spotlight: Noel Miranda, co-founder of Bravebird

For Noel Miranda and her husband Alex, co-founders of video production agency and film studio Bravebird, having diverse representation on screen is only the first step toward creating a more ethical film industry.

The end goal for these Madison-based creative entrepreneurs is something they call cinema dignité: recentering humanity with ethical storytelling, and including the people who are depicted on screen in the creative experience.

In March of 2020, Bravebird had almost two years worth of commercial film work lined up. When the pandemic hit, the agency lost almost 90 percent of that work overnight. With a lot of extra time on their hands, Noel and Alex decided to take a leap of faith and begin creating a feature-length film that would depict life during a pandemic, called Trace the Line.

Now, less than 18 months after launching the project, Bravebird has completed all but the final touches on the film and is pitching it to film festivals around the country and world. I chatted with Noel about her vision for Bravebird as a film studio and as a business and her journey so far.

Bravebird is both a commercial video agency and a film studio. Can you tell me more about your revenue model and your goals? Does the commercial work support the studio work?

We’re still trying to navigate the balance. Our goal is to do more long-form storytelling. It’s exponential how many people you can employ compared to commercial. But that being said, I think we’ll always do commercial work. A lot of Hollywood directors do that too.

I’m curious, what does ethical storytelling look like in the commercial setting?

We’ve been really fortunate that the companies that have come to us are really focused on sustainability, treating people well, and having their brand interact in the community in a way that’s meaningful. We get great stories from that. We try to be mindful about the team we select. Story is very important, but the process by which you get that story is just as important as whatever message you’re trying to share.

We listen to what our clients need but we also advocate for places where their brand can grow. For example, we worked with a local tech company, and all of their marketing to that point had featured white leads. We encouraged them as they were thinking about casting to consider someone who was not white. They had a pretty specific idea in their mind of what that actress would look like. We found someone who met their criteria, but we also gave them someone who would take their marketing in a different direction. She really encapsulated the potential of their brand to reach new audiences. They ended up going with her.

It’s a big success story when we can get clients to trust us and go with our recommendations.

And what are the things you’re doing differently in your studio work?

One thing we’re trying to actively do is remove stereotypes and tropes. In our feature length film we had five people involved in the storytelling process. That film depicted Black and white culture and male and female main characters. It took us seven drafts to make sure we removed any tropes. Tropes are so ingrained in our consciousness.

For a short film we made a few years ago, it was about musicians, but neither Alex nor I are musicians. So one of our producers and writing partners was a violinist, from a family of musicians. Beyond portraying different demographics on screen, it’s also bringing people with different lived experience into the writing.

And for Trace the Line, we have 45 different creatives who were part of it. Our team was 50 percent women and over 50 percent BIPOC creatives. Our representation is a lot better than the industry.

(Trace the Line) has been a proving ground for our methodology.

How did you pull off creating a feature-length film in less than two years during a pandemic? 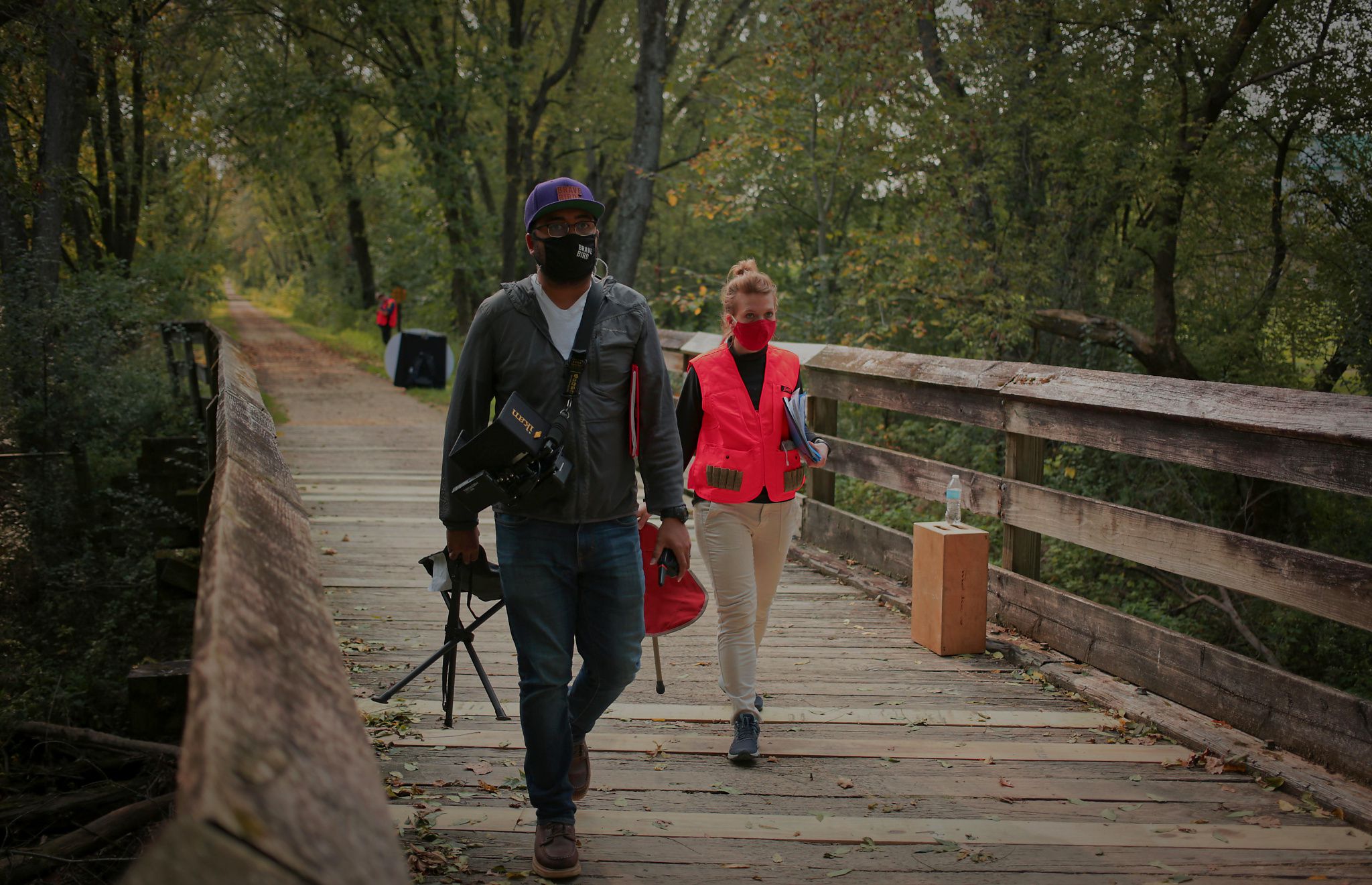 It’s kind of surreal. When Hollywood closed down, we were filming. Not only were we filming, we were doing it safely. We filmed for 21 days without any transmission in the team or community.

We did a lot of filming outside. The main actors are masked up in a lot of the film. And we had a lot of scenes with only one person. The most actors we ever had in a scene is three. It’s kind of weird to know that you’re making a historic piece when it’s happening.

We’ve been fundraising for this feature-length piece for just over a year. There’s been some incredibly generous people who have supported us.

What has been the most exciting milestone you’ve reached so far with Bravebird?

Right before the pandemic, we bought our first cinema camera. Even though the price of cameras has come down, it’s still a significant spend. But the biggest milestone for us is finishing this film. Ninety percent of independent films don’t get finished. The fact that we got to feature our home community on screen and speak to the times, it’s really special.

What are your goals for the Trace the Line film, and what’s your revenue model for other films like that that you might make in the future?

We’re trying to think really creatively about how we want this to get out to the wider world. We’re submitting to film festivals and we are planning events in the future around the themes of the film.

Independent film is tricky (with revenue). And because we’re first-time filmmakers we’re kind of starting from scratch. A lot of indy films do self-distribution, arranging screenings themselves. The traditional model is to go through prestigious film festivals, and buyers are there who want to buy it and get it out to audiences. But right now a lot of festivals are virtual, and that’s a little harder to do. We’re still trying to get a sense of the appetite and capacity of studios to even buy.

There’s a long road we’ll have to walk down with film festivals before we understand the revenue potential. Films can be really high revenue but they are also big risks.

We haven’t paid ourselves from any of the money we’ve raised for the film. Our revenue from 2019 has held us over until the pandemic has passed. Every dollar we bring in goes back out to the people who made it happen. That too is something I’m proud of.

How has Doyenne supported you in your journey?

I participated in the 5x5x5 competition at Forward Fest in August of 2020. We were so thrilled and honored to win. The funds from the competition went directly to supporting the team. Prior to that, we had connected with Amy Gannon, the late co-founder of Doyenne, through the Social Good Accelerator. She was really helpful in guiding us into solidifying our methodology and how we verbalize it and explain it.

What has been most helpful with Doyenne is the coaching. You can get so stuck in your head, so many mindset blocks. Sometimes we’re our own worst enemy. To have someone from an outside perspective coming to you, who is solutions oriented—I can’t overstate how important that is.

What did you get out of the Triple Threat Venture Training program?

Some of the challenges we experienced with the film had brought me to a place where I was trying to understand my leadership style and where I needed to go. They were making me question whether I’m cut out for this entrepreneur thing. It’s a challenge to feel like you belong. There’s a lot of no’s and rejection and long hours as an entrepreneur. Triple Threat was really a space for me to be authentic in that struggle. To have people who could encourage me in that and provide tools. I came out of it feeling more prepared to be involved in my business in a leadership role. 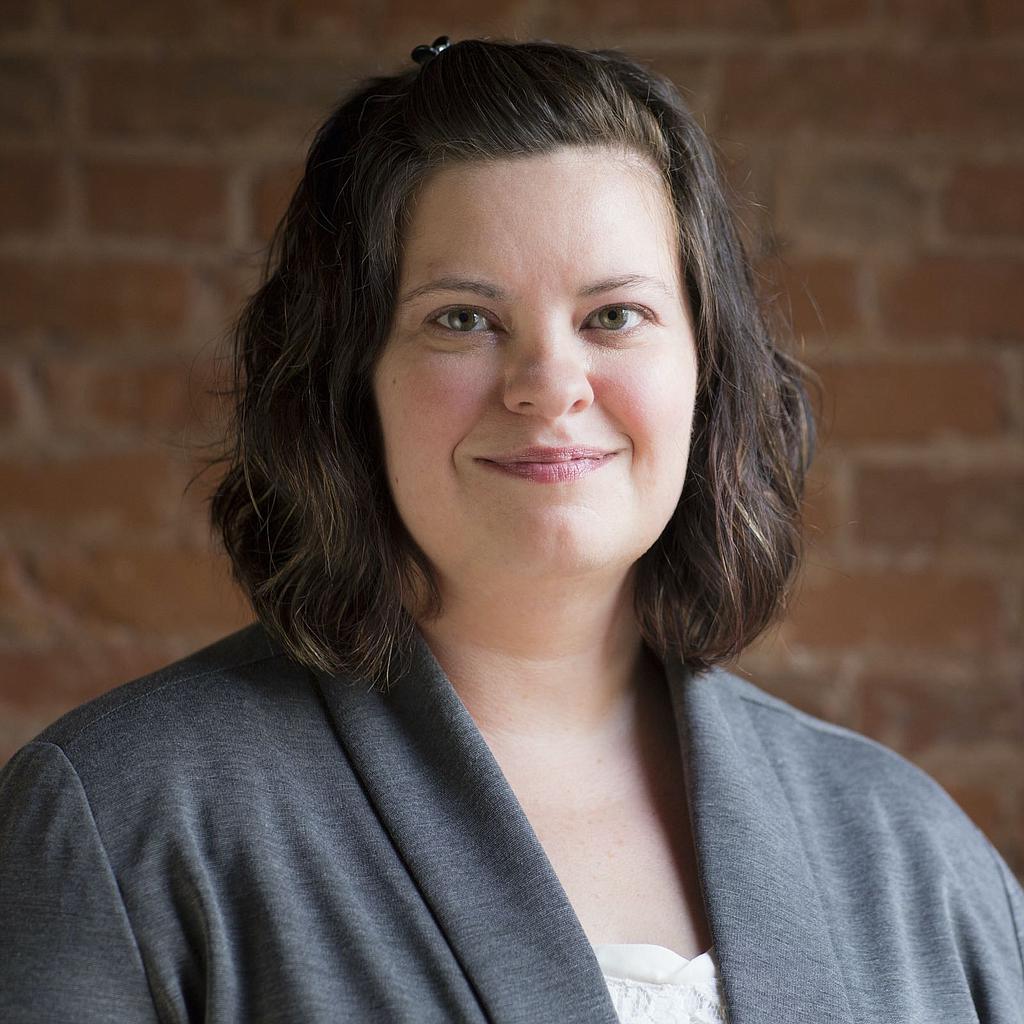 In the Spotlight: Jen Remsik, owner of Training Tracker LLC